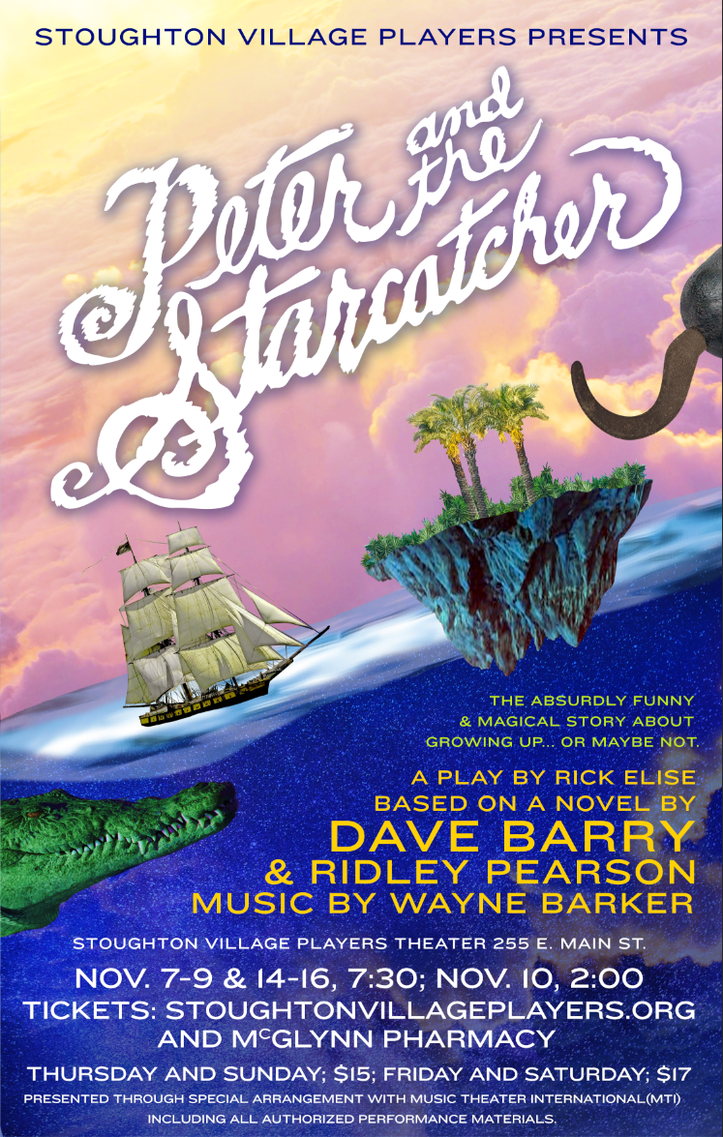 Show Description:
The Stoughton Village Players present the Tony-winning Peter and the Starcatcher – a show which upends the century-old story of how a miserable orphan comes to be The Boy Who Would Not Grow Up (a.k.a. Peter Pan). A wildly theatrical adaptation of Dave Barry and Ridley Pearson’s best-selling novels, the play was conceived for the stage by directors Roger Rees and Alex Timbers.

This is a highly theatrical re-imagining of the origin story of Peter Pan. All actors play multiple roles in this story-theatre style tale of an orphan and his friend, a fabled “Starcatcher” as they battle pirates, mermaids and unscrupulous seafarers and bureaucrats.