There are no current auditions at this time.

Angel Street
Directed by Stephanie Robey
Performances: March 17-19 and 24-26, 2022
This suspenseful tale will keep the audience guessing about what’s really going on. A frazzled woman worries that she suffers from the same mental illness that killed her mother; a secretive man tries everything in his power to achieve his goals. The audience will be wondering, “Who is the good guy, who is the bad guy, and who is telling the truth?”

All readings from the script. No other prep needed.

The married couple (Mr. and Mrs. Manningham) who are the main characters are middle class, neither rich nor poor. Ages 35-65 depending on who we cast. 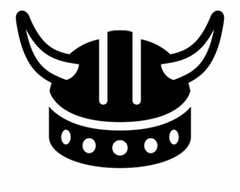 Syttende Mai 2022
Performances: May 12-14, 2022
Auditions: April 3 and 4, 7:00 at SVP Theater
No registration needed; readings from the script.
This is an excellent chance to try out community theater with parts for all, even if you have no experience. Come join the fun!