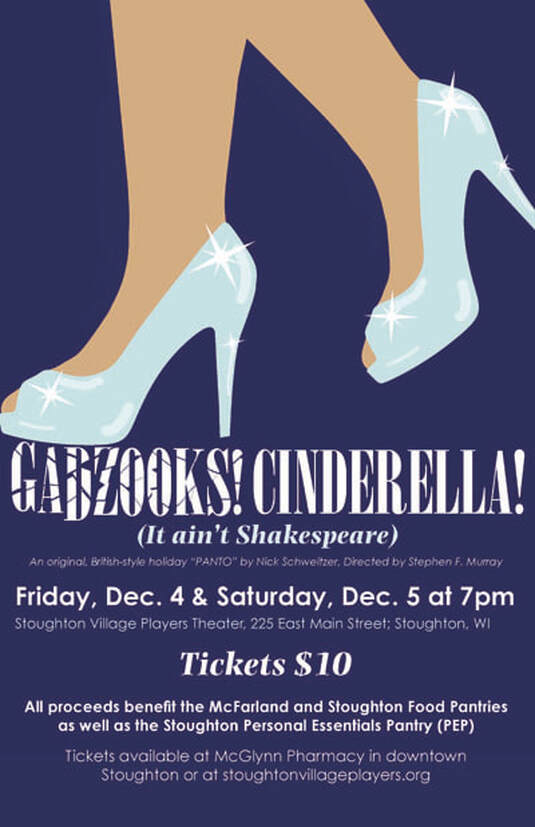 Show Description:
What do you get when you combine a well-known fairy tale, silly song parodies, a cow, slapstick comedy, corny jokes, a touch of magic, and two wicked stepsisters – who are ­­played by men?

The British “panto” pre-dates Shakespeare, is performed more often than Shakespeare, and, quite frankly, is way funnier than Shakespeare! It employs a simple, recognizable plot to entertain the children, and other parts ­– topical political and local jokes, farce and even slapstick – to amuse the adults. Cross-dressing is essential, with the Prince being played by a woman, and the two wicked stepsisters played by men. But think Monty Python here, not La Cage aux Folles!

In Gadzooks! Cinderella! the “Royal Dairy Shakespeare Players” have to perform a panto in order to make money during the holidays. As they begrudgingly present the traditional fairy tale, they try to slip in some of the Bard’s most familiar lines and soliloquies – only to be reminded by the rest of the company: “This ain’t Shakespeare!”