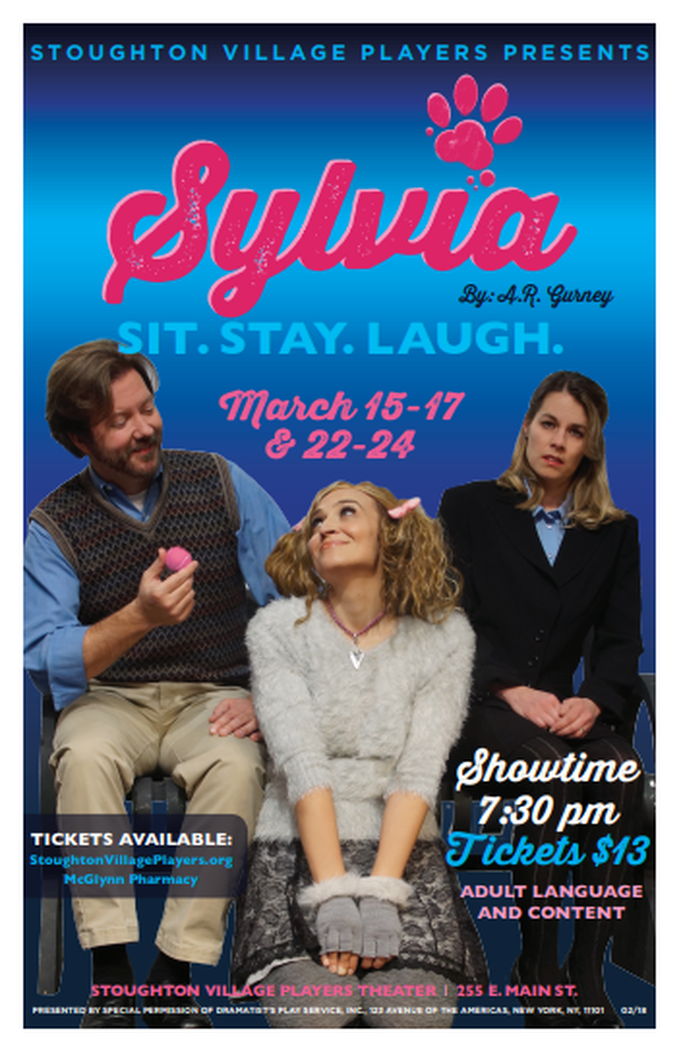 Show Description:
Greg and Kate have moved to Manhattan after twenty-two years of child-raising in the suburbs. Greg’s career as a financial trader is winding down, while Kate’s career, as a public-school English teacher, is beginning to offer her more opportunities. Greg brings home a clever and coquettish stray he found in the park—or that has found him—bearing only the name “Sylvia” on her name tag. A precocious and charismatic mixture of Lab and poodle, Sylvia becomes a major bone of contention between husband and wife. She offers Greg an escape from the frustrations of his job and the unknowns of middle age. To Kate, Sylvia becomes a rival for affection. And Sylvia thinks Kate just doesn’t understand the relationship between man and dog. The marriage is put in serious jeopardy until, after a series of hilarious and touching complications, Greg and Kate learn to compromise, and Sylvia becomes a valued part of their lives. Sylvia is a smart, sophisticated, and occasionally salty comedy about relationships, nature, and growing older by A.R. Gurney. Adult content - 18+ recommended. (Dramatists Play Service)
Cast:
Nicole Hale:  Sylvia
Bryan Royston:  Greg
Sheri Meland:  Kate
Tim Markle:  Tom
Angy Gagliano:  Phyllis
Tracy Markle:  Leslie